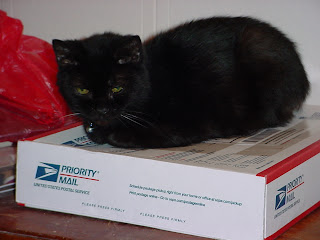 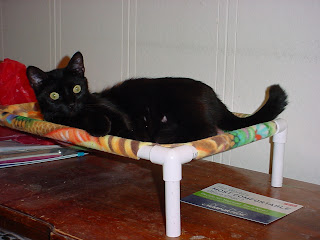 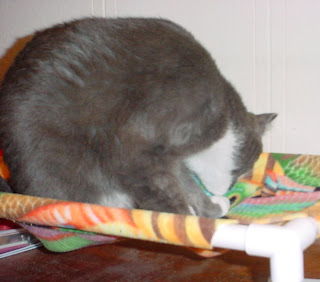 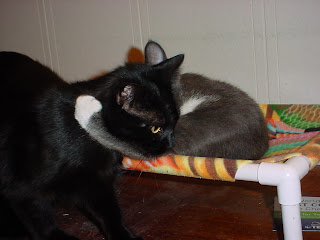 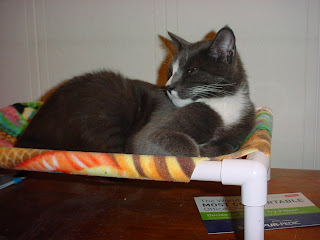 Thanks, 40Paws, you have another satisfied customer.
Posted by The Lee County Clowder at Friday, April 19, 2013

What cute pictures. Lucy, who's sadly no longer with us, loved her ham-mick. Anne Bonney is adorable on that box.

I love the quote in your header!

Must get my human to get me one of those. Have fun.

Those look like so much fun! We really need to get the peeps to get us one, too.

That is terrific that you kitties are enjoying that Ham-Mick. We love ours a whole bunch. Hope you have a super day.

We think that looks a great hammick and it means when its cold and windy in the winter you won't be in a draught.
Luv Hannah and Lucy xx xx

We think you need another hammick! :)

40 Paws ham-micks are the BEST!

Hmm, we must persuade our human to get us one! Purrs!

I have to get me one of those ham-micks, or maybe two. They'll replace the cat-beds for the warm summer months.

you are such adorable kitties!! We found you from a comment you left on another blog and we are now following you! So happy to meet you!
Love, caren and cody

Oh, we want one too! We will go and drive Mummy crazy till she gets one for us! We see so many things on other kitty-blogs that we feel quite deprived that we don't have all those things.

Those ham-micks are wonderful. We have two of them and they really get a work out.

I forgot to say thank you so much for your kind words about Austin.

What a fun bed! Do they make them in leopard print? Purrs from the Zee/Zoey gang

Oh that looks SO comfy! I'm going to have to make mom get me one!

Very Very lovely photos!!!
I feel comfy while I see these!